Nobel Laureates, are they like us?: My experience at Lindau 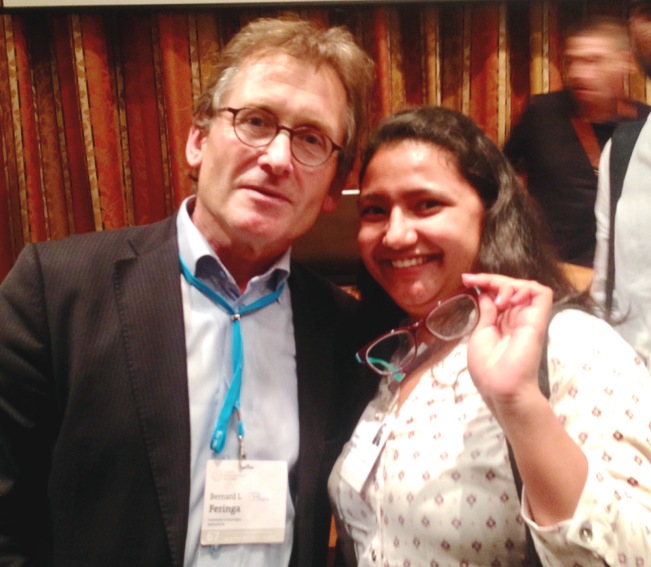 Lindau was a place I had never heard of up until 2018. And now, almost two years later- I have not just great memories from Lindau, but also some wonderful friends I cherish to this day.

Lindau is a small island located near the border of Germany, Austria, and Switzerland-so small you could never get lost. Just circle for 30 minutes, and you would have covered the entire island. This vibrant island hosts the annual Nobel Laureate Meeting, where a few shortlisted young researchers from all around the world get once-in-a-lifetime opportunity to interact with as many as 60 Nobel Laureates under one roof for a week.

I was selected (and funded) by the Department of Science and Technology, India during my fourth year of dual BS-MS degree. On reaching Lindau, despite a few hiccups with the administration, I was met with other young researchers and Nobel Laureates walking on the cobblestone streets- easily recognizable by the meeting tags. The day was very sunny and calm, but there was a certain buzz of excitement in the background that was hard to shake off- this wasn’t an ordinary meeting. My expectations from this meeting were complicated. I’ve always made a deliberate effort not to let awards influence my image of someone and to remember that titles should not be seen as an ultimate stamp of approval of the work one does as a researcher. The Nobel Prize brings in a particular “celebrity” status to the Laureates, and I wanted to make sure that I would not fall victim to that ideology and remember that their work was what guaranteed respect. However, it was hard not to feel a little star-struck when I saw the Nobel Laureates roaming on streets like very normal humans with their families and friends.

During the week spent at Lindau, I was able to interact with multiple Nobel Laureates in formal (their lectures/panel discussions) and over informal coffee breaks and evening events. The interactions went as you would suspect- I was amazed and thoroughly impressed by their knowledge of the field any of them was working in. But all the interactions which began that way would slowly transition into something much more amazing.

Ben Feringa (Nobel Prize, Chemistry 2016) thoroughly impressed me with his passion for teaching and outreach. One of the evenings was open to the residents of Lindau, and you could see Ben interacting with the young kids with so much excitement in his eyes. George Smoot (Nobel Prize, Physics 2006) was so proud discussing his stint in the Big Bang Theory- he shared how excited and nervous he was. One of my afternoon lunches was spent gossiping with one of the Laureates- showing yet again how the administrative troubles (and politics) follow you around forever, and even the Nobel Laureates are not spared! The whole week was filled with more of such moments- so pure, so human, and so “sciency”.

While the interaction with the Nobel Laureates first hand was something I had been looking forward to. A surprising element for me was meeting the students working with the Nobel Laureates. You see, many Nobel Laureates are active researchers (some even at ages of 80+), and they are permitted to bring a few of their students with them to attend the meeting. I obtained the (another) rare opportunity to peek into how the labs of the Greats functioned. And guess what- the experiences ranged from “constantly at our head for updates on results” to “(s)he’s so busy with administrative tasks and visits, we hardly see him/her once every 2-3 months”. While this should have been no surprise, since all supervisors around the world fall somewhere between those parameters, it further strengthened my image of the mighty Nobel Laureates as regular scientists- as normal human beings.

During all this, my respect for their contributions remained the same, if not strengthened further. Their hard work, tenacity, and perseverance as researchers are admiral and no one can deny their work’s far-reaching impacts. And now I’ll also harbor memories of laughing with them, finding out how my spectacle frame matched with Ben Feringa and dancing with them on a boat.